I was recently asked to write a piece for Equestrian Trade News on the Irish equestrian media and the opportunities therein for suppliers and retailers. Ireland really is a special country…in so many ways! There are so many things I love about it, but it has many quirks that can make progress challenging. But who doesn’t like a challenge, eh?!

This is the full text of the article submitted, which has featured in the June issue of ETN – the essential equestrian trade publication.

Ireland – Land of the Horse.

Ireland is world renowned for its affinity with the horse. A nation of horsemen and women, Ireland has historically punched far above its weight on the international equestrian scene.

Within the island of Ireland, the equestrian industry is a dynamic sector that contributes signi­ficantly to the economic and social life of the country. Despite its small size and population of just around 4.5 million, Ireland currently stands as the largest producer of thoroughbreds in Europe and the fourth largest in the world. In 2012 the thoroughbred sector made a direct economic contribution of nearly €1.1 billion to the Irish economy, directly employed around 14,000 individuals and employed thousands more indirectly. The Irish Sport Horse industry is also of great significance, contributing in excess of €708 million per annum to the Irish economy, with over 12,000 full-time job equivalents in this sector.

The proximity of Ireland and the absence of language barriers makes Ireland the ideal first step into exporting for many British-based companies. However, many companies are inevitably surprised by how under-developed the Irish equestrian media is, both printed and online. Undoubtedly affected by Ireland’s relatively small population and perhaps by the Irish love of free services, there are few equestrian publications (either off-line or online) available to the industry. Indeed, only one of any significance is worth mentioning – The Irish Field. This weekly newspaper sells 14,500 copies each week, a readership of 55,000 and digital sales of nearly 2,000 weekly. Primarily dedicated to racing, it also has a comprehensive sport horse section with a loyal readership. Unfortunately The Irish Field has an advertising rate card to match its perceived importance to the industry, but as they say – you get what you pay for!

The dearth of Irish media opportunities is balanced by those offered by social media, in particular by facebook, which is the go-to place for Irish equestrians looking to interact and keep up to speed with what’s going on. Nearly half the Irish population is ‘on facebook’, the Irish are the biggest facebook users in the English speaking world and facebook makes up 63pc of Irish social-media activity, twice as much as all other social-media sites combined. Given the cost effectiveness of facebook advertising and the exceptional level of targeting it offers, brands and retailers can achieve significant reach to Irish equestrian enthusiasts through facebook paid promotions, once such campaigns are implemented effectively.

On the ground marketing

Those companies prepared to get active ‘on the ground’ in some shape or form can benefit enormously from working with some of Ireland’s governing bodies for the various competitive disciplines.

Focusing on the sport horse sector, Showjumping is by far the most popular discipline in Ireland. In 2014 ShowjumpingIreland (SJI – the governing body for Showjumping in Ireland) celebrated 60 years in existence and membership for the year exceeded 7,000 with an estimated supporter figure in excess of 50,000. Throughout the year there are 1,500 show days with over 154,000 competition entries. SJI produces a monthly ‘bulletin’ where members can keep up to date with showjumping news and plan their competition schedule for the months ahead. While this online and printed publication falls short in terms of presentation, it is extremely well read by showjumping enthusiasts and offers a range of advertising options, with the SJI website – www.sji.ie – offering similar advertising opportunities.

The Association of Irish Riding Clubs (AIRC) has approximately 3,500 current members across 130 clubs nationwide and the organisation offers many media and sponsorship opportunities at both a national and club level. Cost effective advertising opportunities are available through the association’s website – www.airc.ie – and in ‘Link Up’ – the AIRC’s members’ publication and while the reach may be small when compared to the UK based equivalents, members are extremely active and are dedicated to their sport.

With Ireland’s indisputable prowess in the breeding and production of event horses, it’s somewhat surprising that Eventing Ireland has notably small membership figures. A sport hit quite hard by the recession, memberships and registrations are starting to increase once again however, and 2014 saw 1,145 registered members of Eventing Ireland. Entries to events are similarly on the rise and 2014 saw just short of 9000 entries – the sports’ biggest ever. Eventing Ireland offers limited advertising opportunities, but does work hard to maximise exposure for sponsors, both on the ground at events and online through the organisation’s busy website www.eventingireland.com. With innovations such as day memberships, ‘Try Eventing’ style competitions and the first running of a new National Championships to take place in July later this year, the sport of eventing in Ireland presents many opportunities for companies looking to target this high-spend segment.

Dressage is perhaps the least developed of the main stream competitive sectors in Ireland, but is enjoying an impressive growth in popularity in Ireland. Membership of Dressage Ireland topped 800 for the first time ever in 2014 and with innovations such as the Youth Development Scheme really starting to pay off in terms of both the nurturing of talent and in increased membership, this is a sport worth following in Ireland.

The Irish equestrian calendar is jam packed with shows and events all year round and a number offer solid exhibition opportunities for companies looking to either sell their wares or develop brand awareness among the show going public.

The Dublin Horse Show takes place each year in August at the historic grounds of the Royal Dublin Society (RDS) in Ballsbridge, located in the heart of Dublin. The Show is now in its 142nd year and is one of Ireland’s premier sporting and social events, attracting 100,000 domestic and international visitors during its five days. With over 1,300 horses and ponies competing at the RDS every year, the Show is ranked as one of the top equestrian shows in the world. The positive increase in visitor numbers is also reflected in the demand by international and Irish companies for trade stands at the Show, with the over 300 trade stand spaces selling out months in advance

Since the inaugural Tattersalls International Three Day event 10 years ago, ‘Tatts’ has firmly established itself as one of the world’s best eventing venues. Taking place the last weekend in May, Twelve Nations and a world class field will converge on Ratoath in Co. Meath – just a 20 minute drive from Dublin airport – with an anticipated attendance figure of over 25,000 people over the 5 days. The shopping village has been expanded and improved to accommodate 70 units in 2015 and the event offers companies an attractive combination of competitors and visitors to market their products to, not to mention the legendary Irish hospitality. 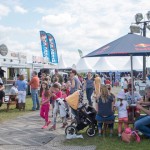 The shopping village at Tattersalls 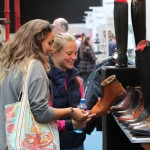 Shoppers at the Dublin Horse Show 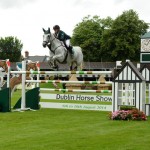 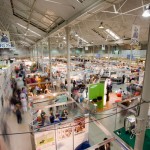 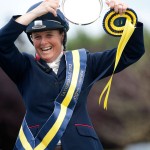 Pippa Funnell winning the feature CCI*** at Tatts in 2013 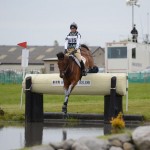 If you have any questions about how to market your products or services more effectively to the Irish market, please don’t hesitate to contact me.